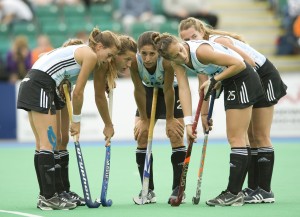 My experience working across a number of different IF’s is making me reflect on the representation of women in their organisations and how this affects the development of their sports.

The governing body for field hockey, FIH, for example has a constitutional policy of equality between the sexes.  This means that 50% of its Executive Board are women, and that all aspects of the game are automatically treated equally, including major events, allocation of their resource etc.  As a result, or perhaps because of this, participation numbers are roughly equal between men and women and the following of women’s games on TV is not far behind men’s.  Observing the body it close hand, I have been impressed by a notably consensual approach to decision-making and a particularly cooperative culture, which is refreshing.

By contrast, I seem to read of one major dispute after another within rugby, and of women being refused entry onto boards in otherwise progressive countries like New Zealand.  Football is certainly not short of men in dispute off the field as well as on, and who would claim it has a great set of values these days.

Most IF’s have a policy where a minimum female representation on their Boards is required.  This certainly provides a voice, but the inevitable pressure on resource and focus often ends up relegating the women’s game to 2nd place with modest chances of development.  This is reflected in the fact that women feature in less than 10% of all televised sport, and participation is not growing.  There are a few exceptions such as the growth of women’s football in the UK, but it lags enormously behind the men’s game in real investment and numbers.  There are also occasions where the CEO makes a particular commitment such as David Stern did with the WNBA, and where sports have a separate entity such as tennis does with the WTA, the results have been far reaching in terms of prize money and a strong profile of the stars and the games.

So this makes me think that if growing participation is each sports ultimate goal, and 50% of the planet is female, shouldn’t all governing bodies move to equal representation?..