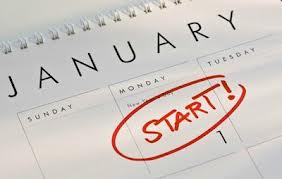 Over the New Year break I enjoyed watching a few of the top sport videos of 2012.  There were certainly no shortage of classic moments to savour.  However I cringed to watch Nadal and Djokovic during the prize giving at the 2012 Australian Open.  They struggled to stay standing as they endured over long sponsor speeches.  It reminded me of the empty seats during the Olympics, and having to defend my industry to friends and family.  And there are unfortunately too many other stories about the negative impact of over commercialization, especially in football.

And yet we know that sponsorship plays a vital role in sport.  On one level it directly financially supports many events and athletes, which would not survive on their own.   On top of this, when the sponsor activates in a smart way, they play a great role in promotion and engagement with fans.

Ultimately there is a wonderful opportunity for a sponsor to contribute, and be SEEN to contribute, real value to the sport.  The fan gets more and engages positively with the sponsor, and we have a wonderful win-win-win for all.

So in 2013, will we see less examples of clumsy interventions by sponsors who think too much about what they can take back?  How about a sponsors’ New Year’s resolution to only act when you know it adds to the sport?